On Sunday, April 24, the Editorial Board of the Cincinnati Enquirer published this editorial reinforcing Su Randall’s op-ed, re-printed below.

By Su Randall, a resident of Anderson Township who has been a ProKids Court Appointed Special Advocate for six years. She also 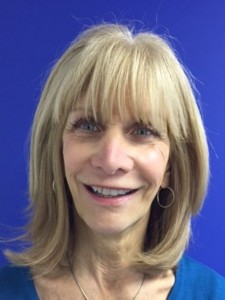 sent this letter to the Hamilton County commissioners.

I am writing to offer my support for the surplus money from the Children’s Services levy to be returned to Hamilton County Job & Family Services to restore some of the many cuts that agency has faced over the last decade.

I am a volunteer CASA (Court Appointed Special Advocate) for ProKids, and I have seen the tremendous workload our JFS social workers must endure. It is not possible for a social worker to maintain a relationship with a family (and these are families with complicated histories and issues), respond appropriately to their needs, and work to solve (not Band-Aid) long-term problems with the high caseloads that they carry.

A case that began six years ago involves two children who were placed in homes 90 minutes apart. The parents were granted supervised visitation, but the social worker was responsible for providing transportation! This was a complicated case that involved many court hearings, counseling, multiple services, incarceration, and treatment for parents – all involving very time-consuming work for the social worker, who happened to have approximately 22 other cases. When a new case worker was assigned to this case, I made a two-page diagram of all the family members, boyfriends, “cousins,” uncles, grandparents and step-grandparents involved, as it was nearly impossible for the new worker to understand the complexities of this family.

Another case involves a young man placed in a treatment program about four hours away. The required monthly visitation involves a 8-hour round-trip drive, time with the young man, time with his treatment coordinator – all adding up to a 10-hour day plus the paperwork and follow up. This case worker has about two dozen other children (and families) on her caseload. To make matters more complicated (and less effective), this young man has had three different case workers in the past year, as they become frustrated with the never-ending demands of their job and leave JFS.

As a CASA, I have made recommendations that disagree with the position of JFS, so I am certainly not a person who believes JFS is always in the right. However, I also believe that it is not acceptable to expect superior work, day after day, from workers who can’t possibly fulfill the expectations placed on them.

I have been a resident of Hamilton County for 39 years. I am fiscally responsible and loathe government involvement. I have never written to any elected officials until now. I voted for the Children’s Services levy because I believed the money would be used for Children’s Services.

While I understand the reasoning behind saving part of the money for the settlement with the federal government, now that the settlement has been reached, I encourage you to return that money where it was intended: to JFS.

A refund to taxpayers would be small and have little impact on the lives of those of use receiving the refund. However, returning this money to JFS can have a major impact on the work of this agency with the children and families in Hamilton County.