ProKids celebrated a number of its supporters at its annual November Soiree. ProKids depends on the energy of its volunteers and the generosity of its donors to serve abused and neglected children in Hamilton County and this year expects to advocate for a record number of children thanks to a record number of volunteers.  By recruiting, training and supporting these volunteer Court Appointed Special Advocates (CASAs), ProKids works to keep children safe and to move them toward stable homes where they can thrive.

Those honored at the Soiree included: 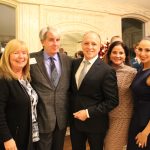 Jose Nine of Mason, who has been a CASA volunteer for two years. He was honored with the Merilee Turner Volunteer of the Year Award for his passionate recruitment of other volunteers and for his work as a ProKids CASA volunteer, particularly working with families when a child arrives from Latin America as an unaccompanied minor. The Puerto Rican native follows through, as directed by the Hamilton County Juvenile Court, to make sure these children, traumatized by the violence in their homelands, are safe, in school and get services they need. “I talk with anyone who is involved in the well-being of the child to assure we all work together,” Jose said of his role. “By doing this, we provide that child the best chance at a better life.” His complete remarks after receiving his award are here. 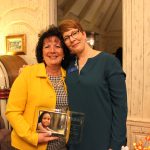 The Carol Ann and Ralph V. Haile Jr./US Bank Foundation was honored with the Community Builder Award for its support of ProKids, particularly in helping improve training for those who serve children who are “aging out” of the child protection system. These young people, who are about to turn 18, need volunteers who are trained to support them as they finish high school and become responsible adults. The Foundation’s work has enabled ProKids to advocate more effectively for these children who would be more likely to be homeless, unemployed or in trouble with the law without ProKids.

Executive Director Tracy Cook said the Foundation’s work, reflects a powerful belief. “It is the power of investing in our children,” Cook said. “There is no such thing as a throwaway child.”