Our children urgently need your help.

Thousands of children in our community have suffered abuse and neglect.

They deserve to be safe.

At 14, Jackson was getting used to taking care of his three younger brothers after his mother disappeared. But it was dark at home now; the electricity had been shut off. And there was no food, no one to help his brother get over his cough, and Jackson had given up on going to school. One day, a county caseworker came to their door. Anxiety rose in Jackson as the four of them left their home. Where would they go? Would they stay together?

Jackson and his brothers joined the more than 3,500 children in Hamilton County’s child protection system. An overburdened system. They were assigned a ProKids Court Appointed Special Advocate: a CASA Volunteer named Mike.

Trained and supported by the ProKids staff, Mike would learn about the boys’ past, advocate for their education, make sure they got medical care and counseling and visit the boys to ensure they were safe in their temporary home. Most importantly, Mike never loses sight of the future the boys deserve: a safe, permanent and nurturing home.

There are about 300 volunteers like Mike. Together, they will advocate this year for more than 1,000 children. But there are even more children who need an advocate.

Special thank you to the JTM Food Group for its support of the 2019 ProKids Annual Campaign! 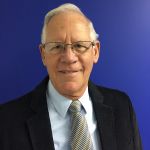 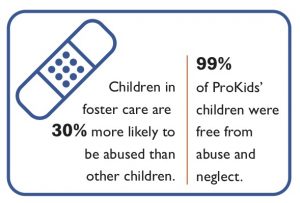