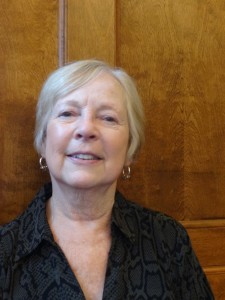 Mary Friel of Mt. Lookout was the only volunteer recognized at the United Way of Greater Cincinnati’s 2014 Campaign Finale, receiving the Clement L. Buenger Award for Leadership in Education. A ProKids volunteer since her retirement 14 years ago, she was honored for her work not only as a CASA volunteer but as a member of the ProKids Education Committee and as an Educational Parent Surrogate.

She first trained as a CASA volunteer — a Court Appointed Special Advocate — assigned to advocate for children who are abused and neglected and are in the foster care system. Over her years as a CASA volunteer, Mary has spoken up for 11 children to keep them safe and stable.

And through her additional volunteer roles as a member of the ProKids Education Committee and as an Educational Parent Surrogate, she has served even more children, helping CASA volunteers sort out educational services which can benefit their children. Her efforts have helped ProKids improve its educational outcomes, resulting in more kids working at grade level or getting the services they need to live up to their potential.

Children with a ProKids Advocacy Team are more likely than other foster children to receive appropriate educational placement or to achieve their developmental milestones. In 2013, 93% of ProKids children had that level of success academically.

Educational success, Friel says, can be a ticket to a better future amidst the trauma abused and neglected children experience. As a founding member of the surrogate team — and a former school psychologist — she brought her compassion as well as her professional background to the role — which includes hundreds of school conferences, helping more than 40 children each year. “It helps that when I read a school report, I know the tests and I know what the results mean. And it helps that I have a background in behavior issues so I can look for those underlying problems that can be keeping children from achieving in school.”

Friel sees a lot of difficult cases. There are children who are in 8th grade at age 16. She’s met kids who, because of trauma they have experienced, cannot be trusted in the schoolyard with their classmates. She has worked with CASA volunteers for students who do not know how to read or write even when they have been in school for years. She has tirelessly advocated for children who have been neglected in other areas of their lives. “It’s more than school,”she says. “For many of these children, their home is their school. Some days, you feel like you really make a difference in giving a child a chance and helping them feel that stability that they lack.”

CASA Program Director Charlotte Caples says Friel has made a huge difference for many ProKids children. “Her knowledge and expertise have been invaluable. ProKids is more successful because Mary takes leadership of these school relationships and ensures that these vulnerable children are not neglected at school,” Charlotte says. “We as an agency have learned much from Mary about the educational system and the services our children can access. Because of Mary and the members of the Education Team, ProKids has been able to help more children be successful in school, laying a foundation for the rest of their lives.”