For Jill Baker Braun, being a ProKids CASA Volunteer was the logical next step after she and her husband adopted their sons, now 19 and 21. “I just knew I had to do 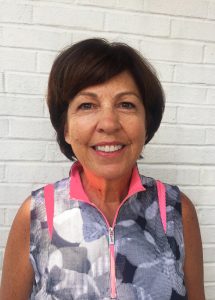 something to help kids in foster care,” she says. So when the timing was right and her own boys were in school, she immediately signed up to train as a CASA Volunteer. “I saw that ProKids was such a great agency in terms of meeting the needs of kids in the most desperate situations,” she says.

Those desperate situations mean that things don’t always resolve during the life of a case. One young woman she worked with years ago still crosses Jill’s mind from time to time. “Kylie was only 16, addicted to drugs, and had a baby. She had no idea how to be a parent because she’d been treated so badly by her own mother.”

The baby was adopted by the paternal grandparents. Kylie would visit but Jill saw that their interactions were more like “visiting a little sister.” Kylie had a hard time with any kind of relationship, or with trusting anyone because everyone had always let her down.

Kylie went into drug treatment and was able to get clean. Her long hair finally looked healthy and she’d gained some weight. Over the next months, Jill got funding to take her shopping, laughed with her, and advocated for her move to a group home.

“There was a spark of hope because she was so much healthier,” Jill recalls. “But it didn’t last long. She disappeared for a while and then I got a call that she had been found on the streets and was put into a psychiatric unit. Her hair was falling out, she’d lost weight and she was just lost. But she still recognized me.”

One day, Kylie asked how much Jill got paid to be with her. Jill told her that she didn’t get paid. “That conversation literally changed our relationship,” Jill says. “When she hugged me goodbye the day she emancipated in court, she told me that I’d done a good job.”

Jill said she has seen the power of ProKids in a case where the mother of five children has a complicated mental health diagnosis. Again, Jill sees the cycle repeating itself: the mother had been abused herself and then did the same to her Tanya, her oldest daughter.

Tanya’s trauma has caused disruptions at four different schools and in her placements. The 13-year-old was moved to an inpatient facility nearly four hours away and desperately missed her younger siblings, who had been placed in foster care.

In working with Tanya, Jill has not seen the violence or anger. “We hit it off from the beginning,” Jill says. “She’s the kind of kid who can just exude love.”

Which is why Jill worked for weeks on the complex logistics of bringing the other children to visit their big sister. She knew that Tanya’s sense of responsibility for them – after years of parenting them in her mother’s home – was making it difficult for Tanya to heal without seeing her siblings.

“That visit would not have happened without ProKids,” Jill says. “There were so many reasons not to bring the children together – the distance, the scheduling. But I knew they really needed to see one another. They love each other.”

Jill says the visit went well, but Tanya was upset when her siblings had to leave. So were the other children, one of whom cried for an hour-and-a-half on the way home. “It’s so hard to see what this has done to all of them,” Jill says. “But we keep looking for ways to help keep them in touch with one another and to figure out what’s in their best interest.”

Jill says her work with ProKids, no matter which case she is working on, affirms one thing again and again: “We’re the ones who don’t take a side except the kids’ side.”

Morgan, her CASA Manager, says Jill works well with parents and families to “come to common ground” even in turbulent situations. “Jill works hard to focus on the big picture and works really well with the caseworkers and other team members to make good things happen for our kids, like helping siblings see one another.”

“We make a difference for one child at a time and it really matters,” Jill says. “Every hour, every child, it’s planting a seed even if we don’t see the positive outcome today.”