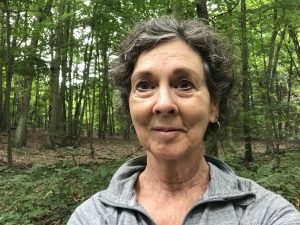 Sometimes, even after the future looks stable for a child, things change again. ProKids CASA Volunteers can then be a familiar face who re-enters a child’s life in a time of crisis. Jane had a case where she returned to some children’s life when they needed her advocacy.

Last March, when their grandmother’s health began to fail, three children who were on Jane’s first case in 2015 came back into the child protection system. The youngest of the siblings has since gone to live with her father, but Jane continues to work with the other two.

The boy, now 13, is currently placed in a foster-to-adopt home. “Things are going really well there. The parents are very supportive, and education is important in the household,” says Jane. “I’m hopeful an adoption will happen for him.”

His sister, 12, is burdened by the tumult in her young life. Because of this trauma, she has not been successful at staying with a foster family. She’s now in a group home where she engages with therapy, but her behavior is still an issue that prevents her from moving into a family home

But Jane focuses on her other traits, finding her extremely smart and capable. “She is an amazing writer and she is amazing at sketches.”

Jane is encouraging her to write and draw a graphic novel about her experiences.  “She’s a kid I love spending time with. She has so much potential. It’s frustrating she can’t make the changes we would all like to see. I worry about the mental health, emotional and behavioral challenges (she faces) and to where that’s going to take her ultimately,” Jane says.

Jane says she is passionate about supporting children and families, and uses her background as a school psychologist to develop support for children.

That passion helps fuel her as she juggles several cases which also returned for ProKids advocacy. Right now, Jane is advocating for six children, ranging from a 9-month-old to a 14-year-old, from four families. Each of the children is living in a different place, requiring six therapists and five different schools.

One of them is 10-year-old Markus. He has been in eight foster homes, each disrupted because of his behavior, rooted in the trauma he experienced. For more than a year, he’s been living in a treatment center where he can get intensive therapy.

Markus, who had been responsible for his younger siblings before they were all removed from their mother, can seem lost now. He calls Jane several times a week, knowing that he can count on her friendly voice.

“I think he’s really lonely,” Jane says. “He’d love to have a family. He asked if the adoption worker could find him a family with a mom.”

Jane does not get discouraged, though. “You take the small victories where you can,” Jane says. “Sometimes they are teeny little steps like getting a child to call you when they need someone to talk to and sometimes, they’re big things like getting adopted into a loving family.”