The following story was told at the 2016 Friends of Children Breakfast by Cindy Douglas, a ProKids CASA Volunteer. It followed a presentation of the video “Their Best Chance.”

As soon as we hung up, I called Brenda, my CASA Manager at ProKids. I had only been on the case for a few months and I wasn’t sure what to do next.

Brenda and I pulled together all the resources ProKids had to help this family at this terrible time.

It was the beginning of December and it was cold.

The holidays were coming.

We had just begun to work through the case in court so these children could finally have a safe, stable home.

And now they had absolutely nothing.

Now before I go any further with this story, let me tell you about Sabrina.

Calling her tough is not enough. Calling her forthright does not quite capture her spirit.

Let me just say that Sabrina is unlike anyone I’d ever met before.

Retired from the Navy, living a modest life on a disability benefit, Sabrina had helped many of the children in her large, extended family.

Her own twins are good students at Taft High School and are active on sports teams. Her older daughter, now 25, just gave Sabrina her first grandchild.

Brenda and I knew that Sabrina was the best thing that had ever happened to these two little children.

ProKids went into action. I had numbers for us to call to find out about housing and other services. I loaded my car with donated toys and diapers for the little ones, as well as clothing and school supplies for the older twins.

Right away, while they were packed into their tiny, temporary, motel room, the ProKids community came through.

Sadly, not one of their relatives did.

After the fire, Job and Family Services planned to remove the children from Sabrina’s care because of their unstable housing.

But with help from Brenda and our ProKids attorney, I advocated for the children to remain with Sabrina. They needed as much certainty in their life as possible.

In the midst of all of this turmoil, we could see that the children were doing just fine in Sabrina’s care.

Housing was a struggle for several months. I visited wherever they went, as they moved from place to place.

With the county unable to provide access to housing, once they were forced to go to a trash-filled home of a relative. The children were sleeping on mats on the floor.

It was the worst place I had ever seen.

Sabrina made sure that their move after that was a good one. She always put the children first.

Sabrina was very emotional about the children possibly moving out. She was thrilled that we believed in her and her ability to create a wonderful home for the children, even with all the challenges.

But Sabrina wasn’t always sure she could do it.

There were several times during this tenuous period that Sabrina called me about her frustrations and doubts.

Could she continue caring for these children?

I encouraged her to do exactly that.

The children had come such a long way in her loving care.

Despite the tumult after the fire, they were attaching themselves to Sabrina in a healthy way. They were beginning to have a more normal childhood. A move to another caregiver could have a long-term, detrimental impact on their ability to form relationships and attach to others.

We knew that being with Sabrina was their best chance to grow up safe, secure and to be successful adults someday. I didn’t want to see Sabrina give up on them.

While all this was going on, we continued to advocate for the children in court.

The parents would sometimes show up for court, and, at first, both the parents had supervised visits with the children. Then the father was arrested on a felony weapons charge and an assault charge and went to jail, so his visits stopped. The children would be taken downtown for a visit with the mother, but often she didn’t show up.

And neither of the parents followed through with the court-ordered services. They just could not make the changes needed to have the children returned to them.

Then both of the grandmothers came forward. One grandmother completed the county’s home study assessment to determine if she was a viable caregiver for the children. She failed the home study.

The other grandmother only seemed to come to court to threaten Sabrina. Court security had to protect Sabrina as she left court.

But Sabrina did not give up.

As the months passed, I encouraged Sabrina to hold steady because she was the best caregiver for the kids. They were bonded to her. However, I was very  guarded in what I said to her. Even though we felt fairly confident that Sabrina would be granted custody, I was careful not to make  any promises.

But on the day of the trial in Juvenile Court, even the parents agreed Sabrina should raise the children.

The cycle was broken.

As a mother and grandmother myself, I treasure the lessons I have learned from Sabrina.

Her love for these children, her humility, and her strength under pressure, inspire me every day.

As a CASA Volunteer, I felt like I could lift up Sabrina  and advocate for what these children needed: a safe, secure, permanent home.

When I called Miss Cindy on the terrible day of the fire, I was so scared.  I knew these children needed me.

I had been taking them to the doctor and to therapy. They’d never had that before.  But when we lost our home, I wasn’t sure what would happen next.

In the next few days, ProKids and Miss Cindy helped us get everything we needed.

Miss Cindy came to see us in that crowded motel room. She brought us all kinds of things, from school supplies to diapers.

She also made sure that we all were OK. And some days, I wasn’t. On my worst days nothing felt settled.

But Miss Cindy kept me going.

When I had to move quickly into a place that wasn’t any good for us, Miss Cindy kept me going.

And when things were horrible in court, Miss Cindy kept me going.

I was so happy when I found out my babies would stay with me. I knew it was because ProKids helped me when I really needed help.

We live in Bond Hill now. We have a backyard. A dog. And our home is filled with love.

My little girl is now going on 5. She is finishing therapeutic preschool and starts kindergarten this fall. I’ve already talked to her teachers to make sure she gets what she needs next year. She is starting to know her letters and numbers and loves to dress up in pretty dresses.

My little boy is now 3. We are working on potty training. He loves anything that has to do with playing with a ball.  There’s still some problems with how he eats and how he speaks, but he’s made a lot of progress. He can be silly and fills our home with his laughter.

You know, I didn’t always think I could do it.

I didn’t know if my love could be enough.

She’s a ProKids CASA Volunteer. And she is my hero. 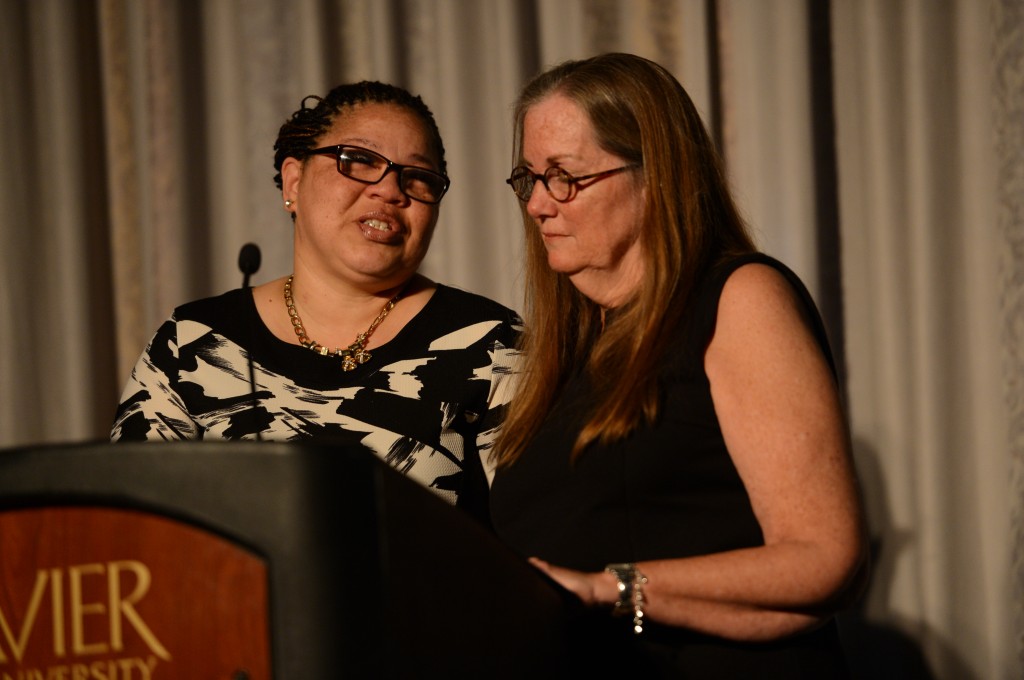